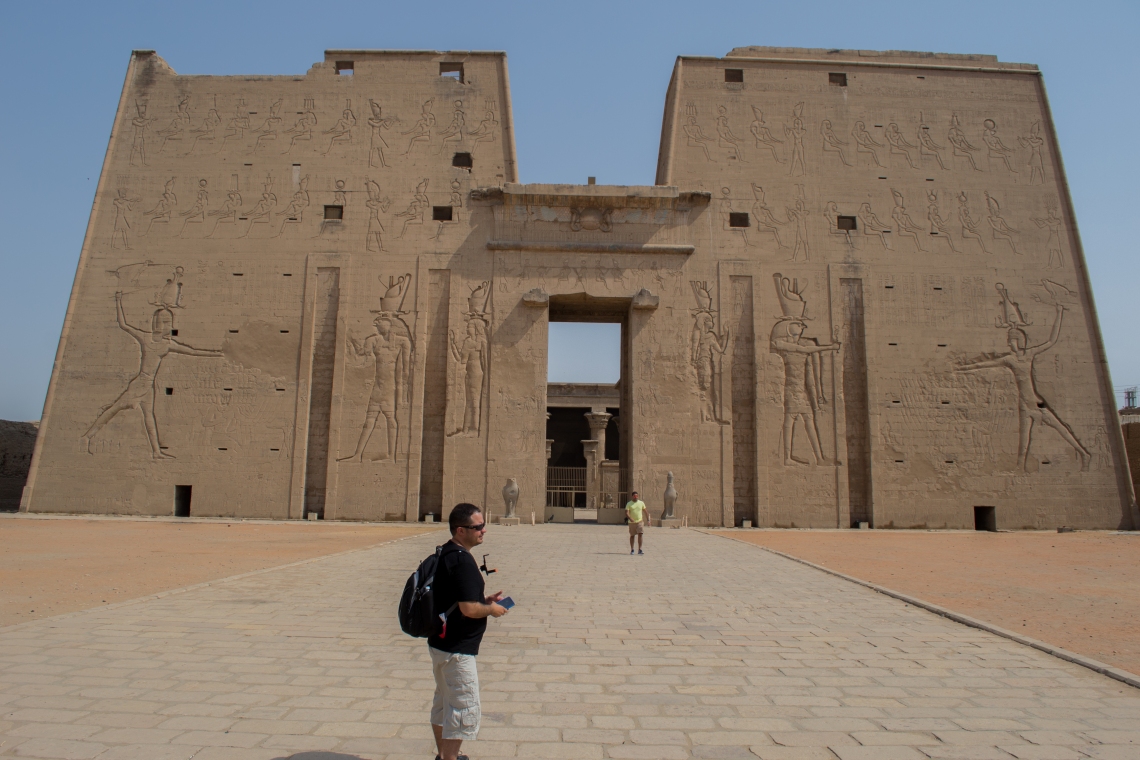 After a smooth sail, the ship docked at Edfu. It was a beautiful night with a clear sky and a perfect weather. The journey didn’t feel long because we were chatting with our cruise mate.  We got to Edfu around 11 p.m., and a big street party was going on. I like I said in my first post about Egypt, Egyptians do big wedding celebrations. From the sun deck, I saw people driving up and down the street blowing their horns. Later, I learned that it was a wedding.

The fourth day of visits.

We woke up early as usual. The transportation won’t be the same, though. Instead of taking a minivan, we were driven in a horse carriage. On the street next to the dock, it was a line horse carriages. By the way, the horses looked malnourished. You would be able to count every rib. It was a good experience. However, I have to say that it was not a comfortable ride. We passed through the heart of the town.  At some point, we had to get out of the carriage because the horse stopped and didn’t want to move. We were in town during rush hour; I have to say that it was chaotic.

Finally, after a bumpy ride, we got to our destination, the temple of the hawk god, Horus. The temple is a big construction. Unlike the temple at Kom Ombo, Horus’ temple was in an excellent condition. In some parts, you can appreciate some of the original painting on the walls. In one of the rooms, there is a painting on the ceiling of the goddess Nut. It is simply amazing. That temple has been there for thousands of years, and the paint is still visible. At the main entrance, there are two statues of Horus with the crown of upper Egypt.  After a couple of hours of the visit, we headed back to the cruise. That was the only visit for the day, and it was totally worth it.

View all posts by jmiguel1987